Previously on Fangirl Follow Along broke down FAKE LOVE and I died more than a little bit.

So now we’ll get back to our regularly scheduled programming with … oh fuck my life, it’s I NEED U (Japanese Version).

Wait… pretty boys lying in a circle of flower detritus. We might actually be okay. RM is even wearing suspenders.

I am… I am really here for this. I really needed this kind of soothing imagery today.

(Conversely, that hat. I thought we’d gotten rid of that hat…) 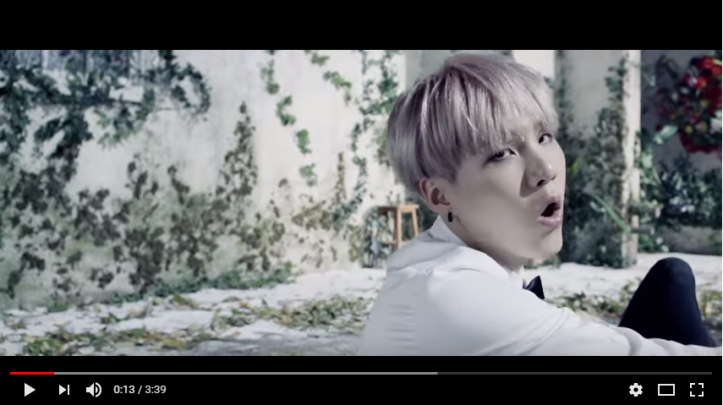 Also, if you need a vampire… Just sayin’ 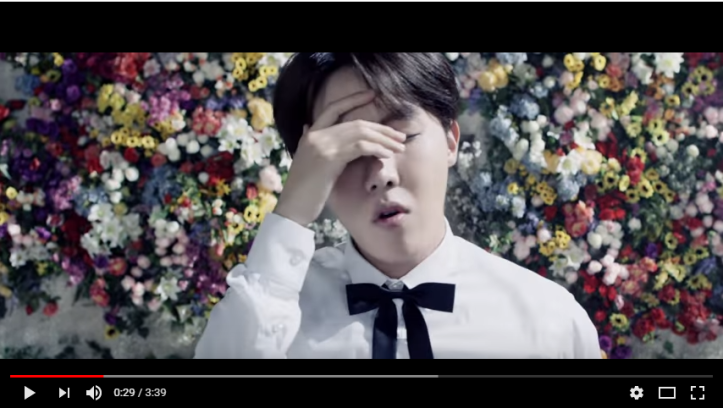 I feel very judged by J-Hope right here. Probably for the vampire comment. Maybe because he wants to be a vampire, too? Lost Boys reboot confirmed?

REALLY V? You’re the one doing me dirty in that hat?

Yeah, let’s stick with the hat. Fuck. You can all wear hats just as long as no one dies.

If he shoves a handful of pills in his mouth… hand to god I’m out. 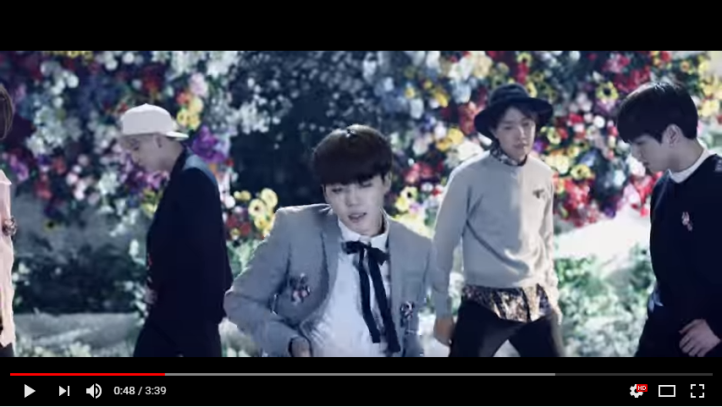 Blurry Jimin, but he looks amazing.

And seriously, I can’t get anything but blurry Jimin, even if my life depended on it. 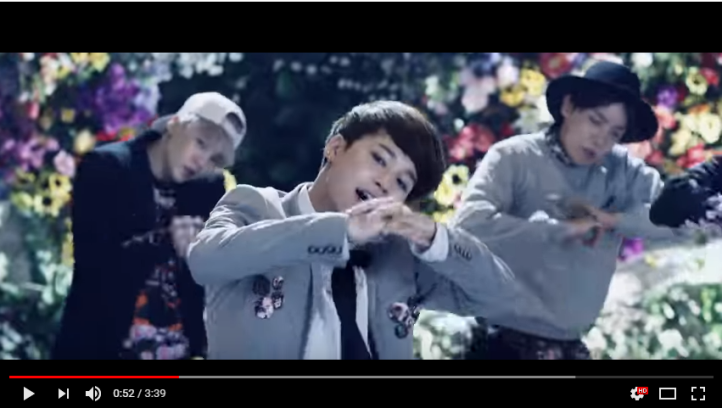 J-HOPE IS IN THE FUCKING HAT!

(And Suga is also wearing a hat, but he is too cute for words in his.) 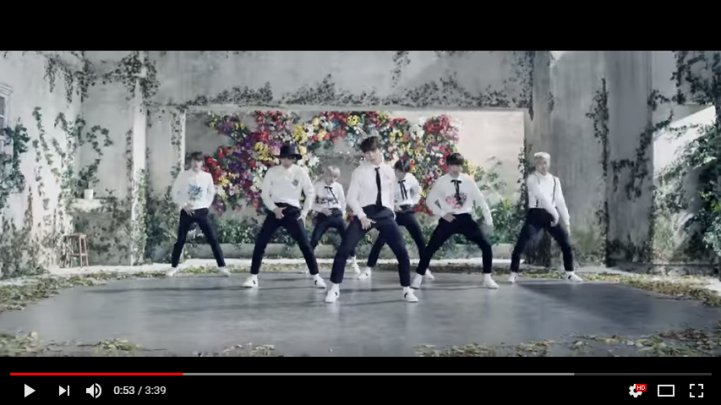 V in the hat again, as they all do body rolls so I forgive him. Slightly. 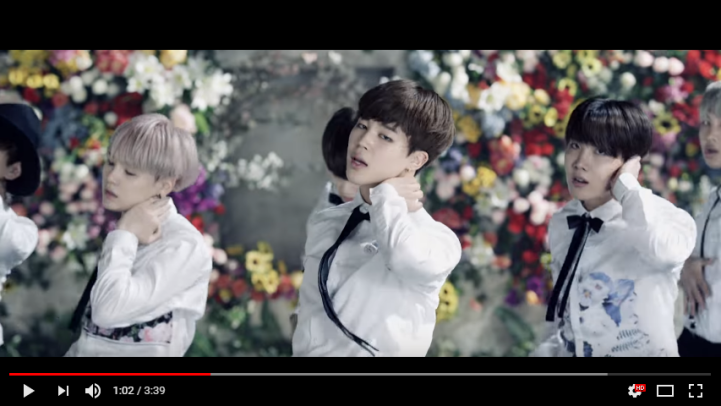 …I’m ignoring the hat on the edge. 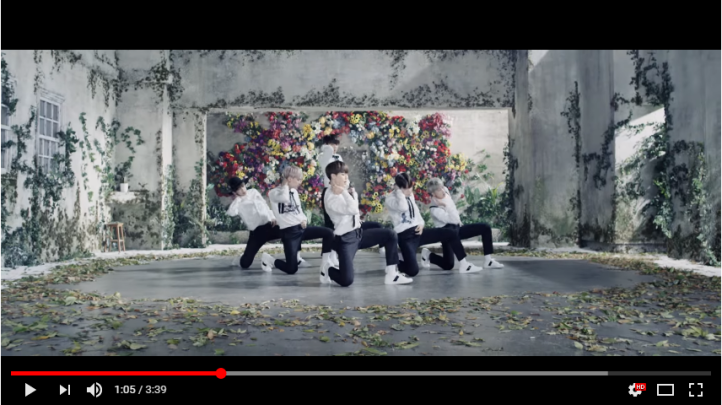 300% less getting the shit kicked out of him against a wall in a dark alley.

oh, I want this for my bathroom… 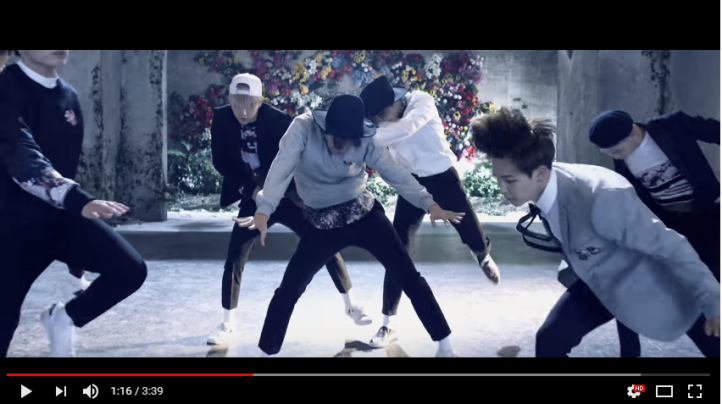 THERE ARE TWO OF THEM? 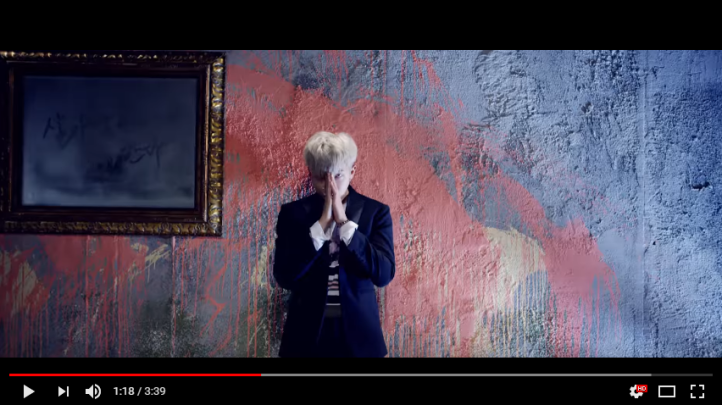 Right. There. With. You.

…Suga next to a giant image of flowers. Which are… um… okay.

At least I have RM. He’s wearing a beret, but…

Look at this hallway. Do you suppose they put Kookie in there first and the flowers around him? Or did he have to step on the flowers?

It doesn’t matter! Because this is three hundred percent happier than the previous versions of this video.

I mean, we even have my alien angel smoosh baby in a flower hideaway. How much better can it–

THE FUCK IS THIS SHIT?

Yeah, no. That’s great. What’s the deal with tar hand? 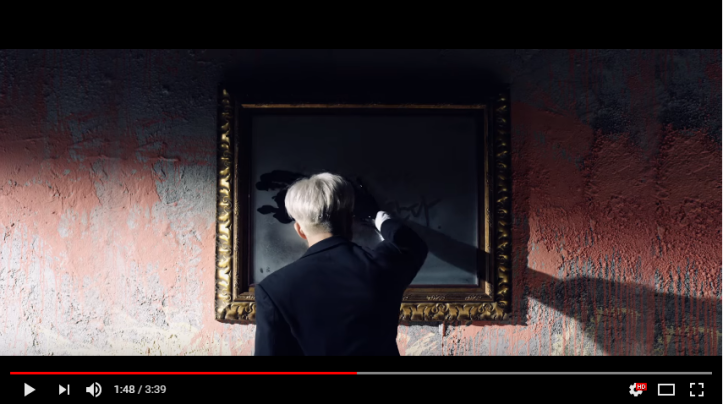 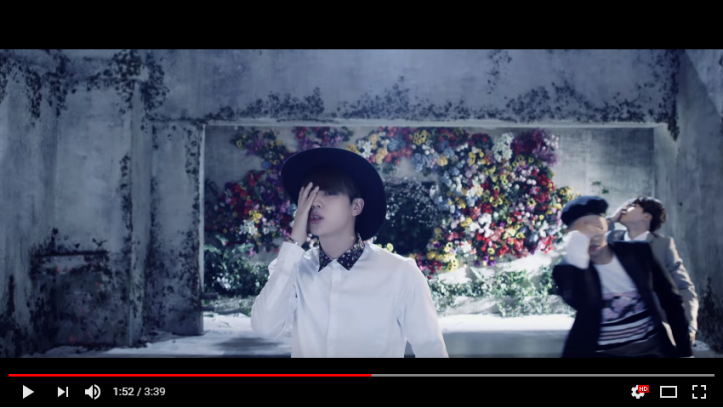 I mean, aside from the fact that Jin looks hot in that hat and it’s giving me VERY conflicting feelings. 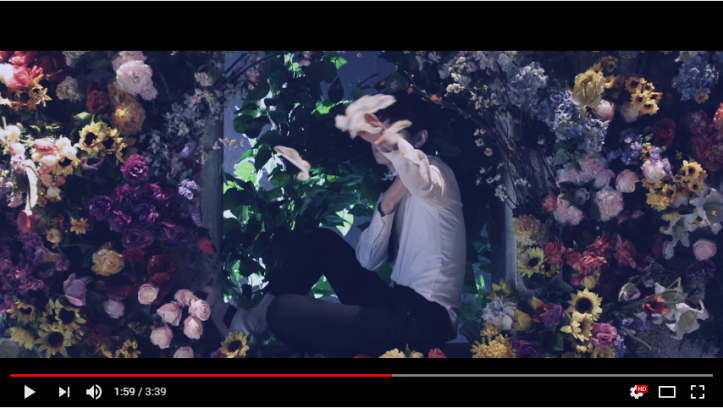 (just realized what this reminded me of, btw)

No matter what my bathroom looks like at this point, it’s gonna be a disappointment. No milk bath with flowers. No potted plants. 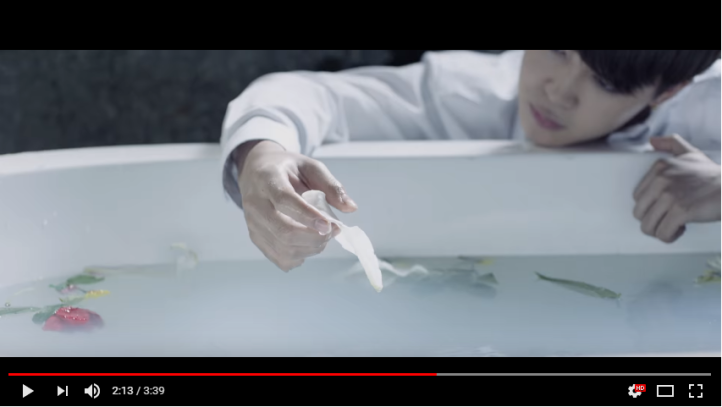 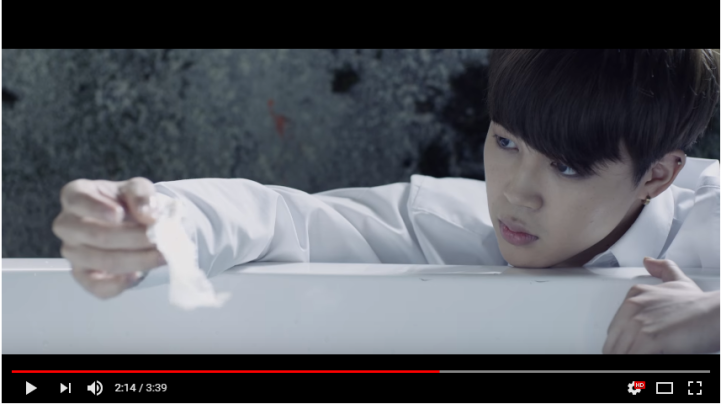 Which is, quite frankly, the biggest shortcoming. 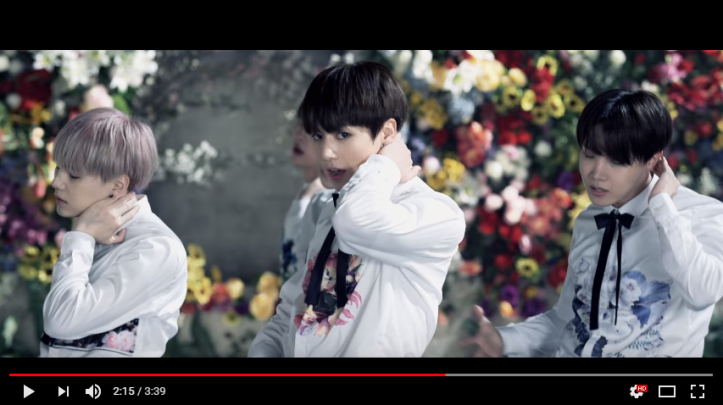 I can’t pinpoint what my favorite part of this image is. Is it Kookie? Is it Suga looking serious? Is it J-Hope all wrapped up in the choreography? No. It’s the blurry lips right behind Jungkook’s head.

(I could pick all along…)

Like, honestly, I cannot get over how much better this version is.

Even with the bathroom oodles better than any I’ll ever have.

Really? Two minutes and twenty seconds in you pull this shit?

And when he’s so fucking beautiful… 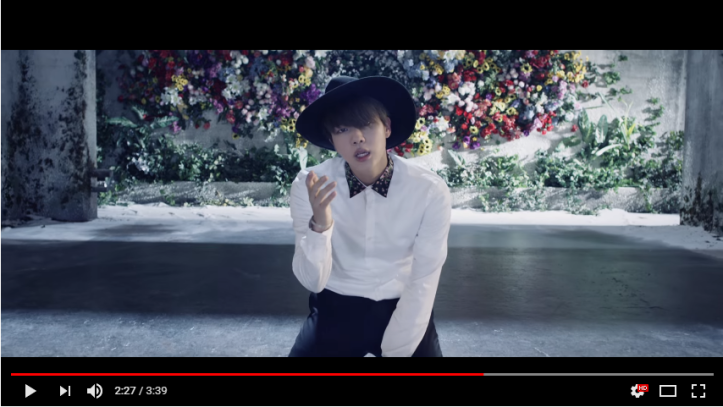 And after I started liking the hat and everything.

I feel so betrayed. 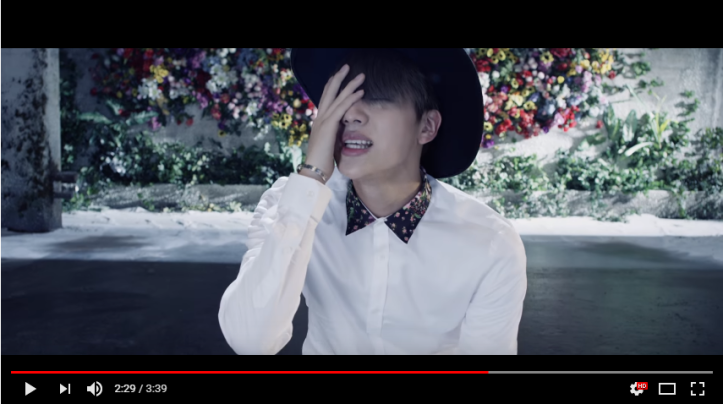 This is basically the face I’m making right now. 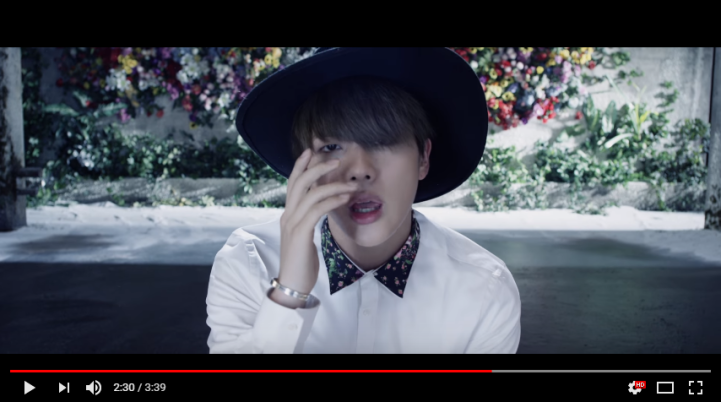 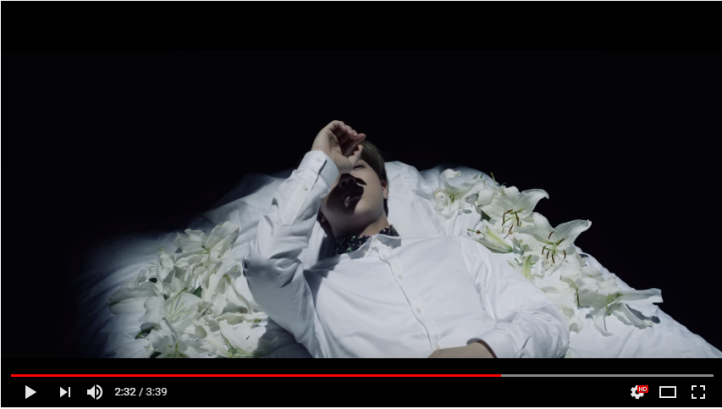 But V hasn’t killed anyone yet, and we’ve only got one minute and five seconds left so maybe we’ll be okay.

I’m not sure I believe it either.

But, I mean… they probably won’t all die or kill or whatever, right? 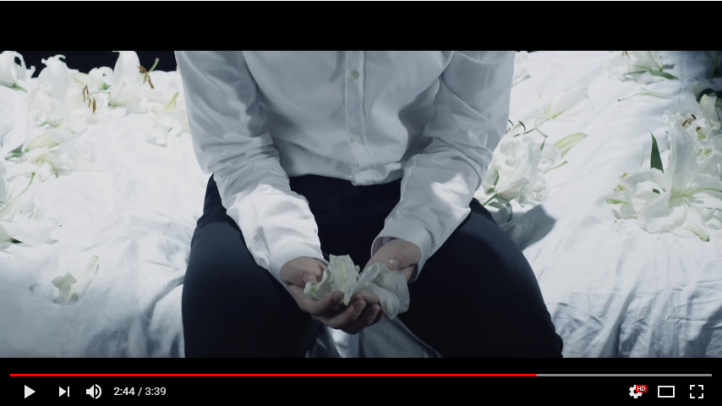 Sure, we’ve got flower hands but…

(my husband’s computer fans just started freaking out and it’s going about as fast as my heart.) 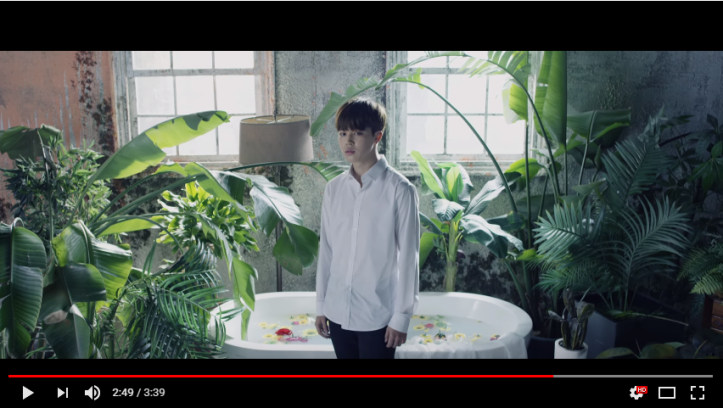 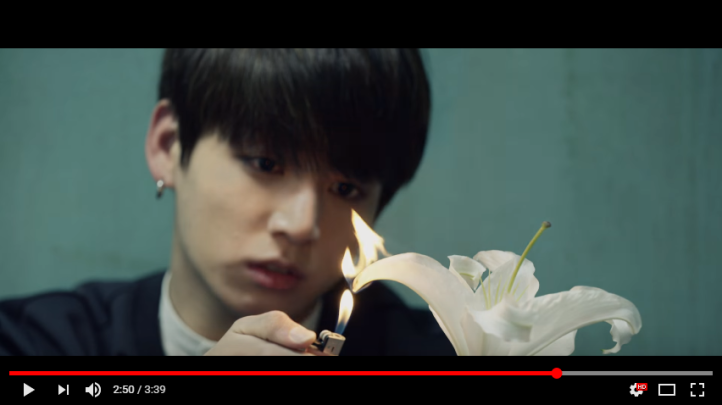 There is less than one minute left…

Really? (The flowers are on fire, in case it’s not clear.) 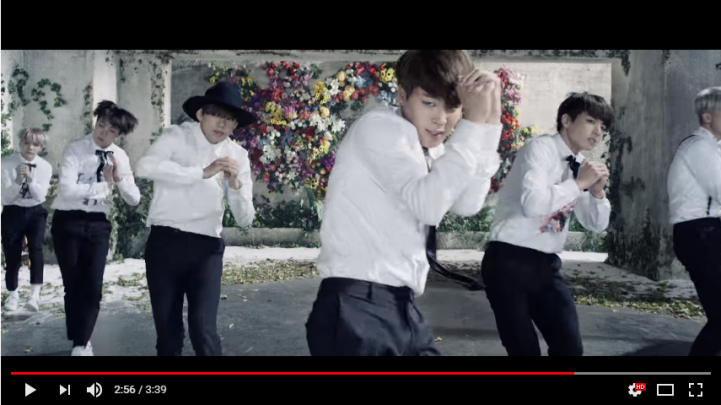 They even went back to blurry Jimin. This is why you never trust a man in a hat.

Unless there’s more of this. 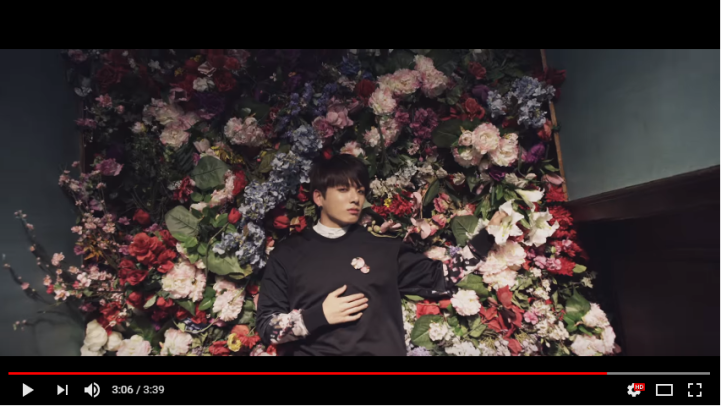 This was jumping, not sneering… 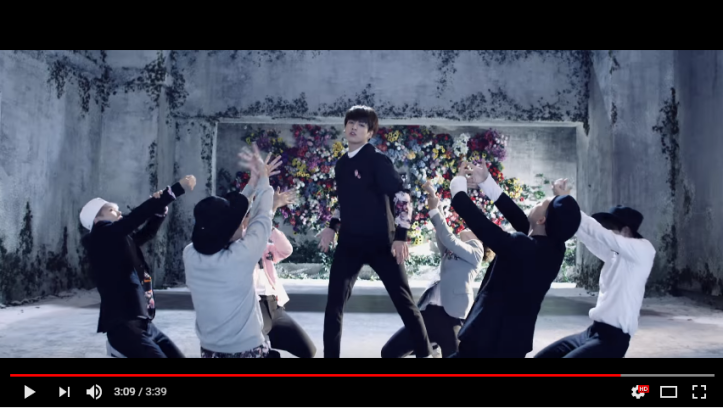 Every treacherous hat on display. 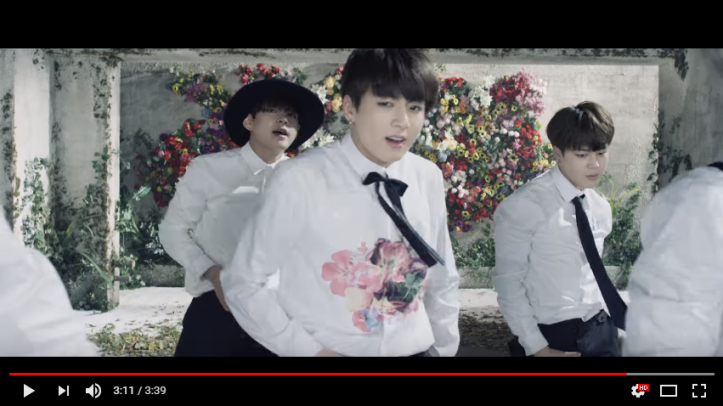 I want this as the wallpaper for my phone… 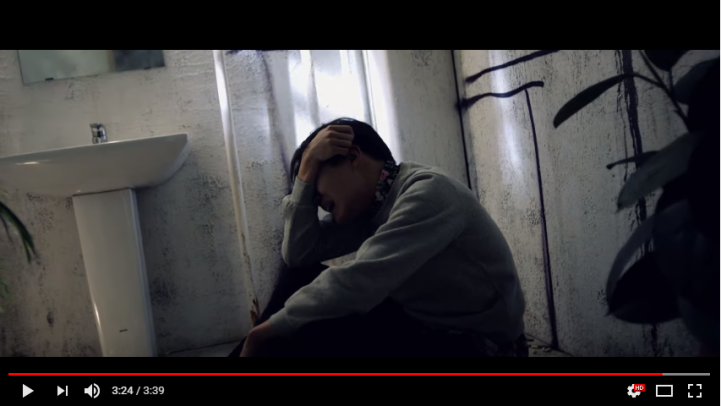 Fifteen seconds left and this?

Yeah. You know what you did.

And we walk away and fade to black…

Join me next time when I once again get sidetracked. This time by the Extended Version of the Fake Love motion video…

Like what I’m doing here, consider supporting me on Patreon or buying me a ko-fi