My cat is currently super pissed off at me. You see, I started reading Kit Rocha’s Beyond series and never finished. Because of reasons. (I think the last book I read was actually where Ashwin and Kora were introduced, but not the point…) So when I picked up Ashwin, I was thrown back into the world I knew, but that had drastically changed since the last time I was in it.

Meaning every fifty pages or so there was some previous event referenced that I had no knowledge of.

Meaning every fifty pages or so I gasped.

You can only yell “you don’t understand….” so many time at a cat before it loses all meaning, just FYI…

Lieutenant Ashwin Malhotra is a Makhai soldier–genetically engineered to be cold, ruthless. Unfeeling. His commanding officers consider him the perfect operative, and they’re right. Now, he has a simple mission: to infiltrate Gideon’s Riders, the infamous sect of holy warriors that protects the people of Sector One.

He’s never failed to execute an objective, but there’s one thing he didn’t anticipate–running into Dr. Kora Bellamy, the only woman to ever break through his icy exterior.

When Kora fled her life as a military doctor for the Makhai Project, all she wanted was peace–a quiet life where she could heal the sick and injured. The royal Rios family welcomed her like a sister, but she could never forget Ashwin. His sudden reappearance is a second chance–if she can manage to touch his heart.

When the simmering tension between them finally ignites, Kora doesn’t realize she’s playing with fire. Because she’s not just falling in love with a man who may not be able to love her back. Ashwin has too many secrets–and one of them could destroy her.

Scorecard:
Recommended for: fans of romance, post-apocalyptic fiction, and rebuilding
Rating: Why haven’t you read this yet? 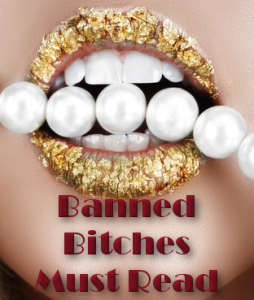 Ginny Lurcock’s Thoughts: Kit Rocha (the incredibly talented Bree and Donna, listed alphabetically) noted at the beginning of the ARC that they worked hard to make this series accessible to people who had never read the Beyond series before. I cannot speak to that, but I can tell you that as someone who left the world EONS ago, this book packs an emotional punch. (See previously mentioned cat jumping). I can also tell you that, like Beyond Shame, Ashwin was the perfect place to start.

The world we knew at the beginning of the Beyond series has changed, drastically, and what better way to learn a new world than via characters who are learning a new world themselves. Both Kora, who is learning how to be a part of something instead apart from everything, and Ashwin. Ashwin who has to learn how to be human.

Poor, poor Ashwin who was tortured and mistreated and abused and… Jesus Christ, someone gives me tissues and donuts. And give Ashwin both those things too along with all the hugs.

I cannot imagine a better backdrop for these two than Sector One. Full of hope, life, and the promise of a better way, Sector One is the sector we all need in our hearts. I don’t know if Rocha planned it this way, or it’s just a lucky coincidence, but the ideals of One seem so much sweeter in our current political climate. That the world can be better if we all work together not out of a sense of greed, but because we can and should. Caring for each other instead of scrabbling to get ahead.

The genuine caring that the Riders and the Rios have for one another are so rich I can taste them on my tongue like exquisite dark chocolate. Intense in a way that only occurs after the end of the world, and yet, still pure and good. It was all so intense that when I got to the end, I was left going “BUT THAT’S IT?! THAT’S IMPOSSIBLE! THERE HAS TO BE MORE!!”

I may have even punched the bed a time or two in rage.

(Don’t worry, the cat had given up on me ages ago and left the room for a quieter place to sleep)

Needless to say, this was a fantastic start to what promises to be a wonderful series. I cannot wait to go on this wild ride with Rocha and Gideon’s Riders…

Oh! One more thing. It would be remiss of me to point out the most important difference between the Beyond series and Gideon’s Riders. While Beyond focused on delicious, delicious hedonism, BDSM, and public sex (at least in the beginning) the Rider’s series is much tamer. In comparison. Ashwin and Kora are exclusive in their exploration of pleasure and that pleasure is markedly less “kinky.” That isn’t to say that it is better or worse than Beyond, it’s just different. I did, however, want to point it out in case that was something that had driven you away from the Beyond series.

And also to point out that just because Ashwin and Kora aren’t in the middle of a crowd doesn’t make their encounters any less intense, explosive, or down right fun to read.

Another Ace for Rocha.

(I laughed for, like, thirty minutes over that. Just FYI)