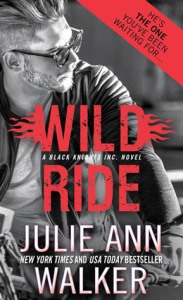 The hero we’ve all been waiting for…

In a black-on-black international mission that went seriously sideways, Ozzie was badly injured—now he’s stuck at BKI headquarters in Chicago, champing at the bit to get out into the field again. To his disgust, he’s tasked with distracting Chicago Tribune ace reporter Samantha Tate, who’s been trying to dig up the dirt on BKI for years. Turns out Samantha’s beauty, intelligence and sense of humor are a seriously big distraction, and Ozzie’s losing his desire to keep her at bay.

Ozzie’s tired of hiding, and Samantha may be the best-and worst—person to share his secrets with…

Scorecard:
Recommended for: no one you like…
Rating: did not finish

Ginny Lurcock’s Thoughts: I didn’t finish it. I couldn’t finish it. It was just… it was so bad it was epic. I mean the internalized misogyny dripping from the language and the thinly veiled homophobia were bad enough. When you add in the bits about MCs coming straight from Sons (and I mean STRAIGHT from Sons, I think the scene that was from the rival MCs POV was actually a scene from the show…) and you’ve got a recipe for disaster.

But I tried… I made it to the sex scene about 30% in and when I got to the instantly climaxing as soon as he touched the “distended bud of her clitoris” I gave up. (I tried scanning the rest, but made it another 2% before going “IT’S ONLY BEEN TWO PERCENT” and giving up.)

So please, romance authors, I implore you to remember the following points: