Banned Review: Beyond Forever (O’Kane for Life #2) by Kit Rocha 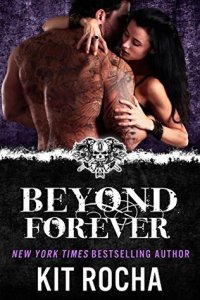 Before they were the King and Queen…

Six years before the Beyond series started, an ambitious bootlegger named Dallas O’Kane caught a very pretty thief named Lex with her hand in his safe.

The rest is very sexy history.

In Beyond Forever, follow Dallas and Lex through the turning points in their relationship, from the night he caught her trying to rob him, through his rise to successful bootlegger, to legend, to Sector Leader–with Lex always there, willing to give him the push he needs.

Beyond Forever is a prequel novella that jumps through time to tell the story of the biggest moments in the formation of the O’Kanes and their King and Queen. It will be far more enjoyable if you’ve already read Beyond Control, and contains spoilers for the entire Beyond series.

Scorecard:
Recommended for: Everyone who’s read the Beyond series. (And if you haven’t yet… stop reading this and pick up Beyond Shame)
Rating: Must read

Ginny Lurcock’s Thoughts: I haven’t reviewed a banned book since my Netgalley account was terminated because I was too vulgar. I’ve reviewed comics, non-fiction, cookbooks, kids books, and bad books… but not a single book that mattered.

So obviously I should just jump right in the deep end and review one that means too much to me.

I had stopped reading the O’Kane series somewhere around book three, four, five… listen, I stopped reading somewhere I’m just fuzzy on the details. All I know is the heart-stopping anxiety I would get anytime I considered finishing the series. Because I know everyone gets their happy ending, but they suffer for it first and it was just…

…I had gotten too attached. To all the characters. They had become too real to me and took up too much space in my head and my heart.

But surely, I thought as I lept on top of this book, surely it wouldn’t be so bad to read a book about Dallas and Lex. A prequel would be…

…A FUCKING PREQUEL WOULD BE DALLAS AND LEX STILL DANCING AROUND EACH OTHER AND HURTING EACH OTHER BOTH ON PURPOSE AND BY ACCIDENT.

It was a miscalculation on my part, clearly, but it was one I was happy to make. Because seeing where these two came from… seeing them learn their way around each other’s sharp edges (and just how to cut each other best) well… perversely it helped. It helped the pain I still held onto from book one and the beginning of book two. And even as I shed new blood over their combined anguish… it felt liberating.

It was like letting out the bad blood so that new, clean, pure blood could form. It was the leaches that I needed to get back into the O’Kane saga and reread it all from start to finish.

(and at least I wasn’t bleeding alone…)

In summation… I’ve been having a rather craptastic month and I’ve been running scared from reading. Only picking up safe works that I wouldn’t become too invested in. (Minus Hamilton’s Battalion, which you may notice I haven’t reviewed yet.) Doubting myself and my reviews. Wondering what the fuck to do with myself now that I’m too vulgar for Netgalley.

But the raw and glorious emotion that I got from going back to the sectors… the pure unadulterated feels that I get from Kit Rocha and her utterly, wonderfully vulgar fiction. It was everything I needed right now.

I encourage everyone to read the Beyond series, starting with Beyond Shame and finishing with Beyond Forever. Everyone. From secretly kinky folks to overtly kinky bastards. From people struggling with shame to people who never knew the meaning of the word. From people who want to feel while exploring a dystopian nightmare to… I don’t know, I ran out of opposites here.

The Beyond series is consistently beyond my (admittedly high) expectations for Kit Rocha. It’s impossible to be disappointed.

Stock up on tissues, though. You’ll need them. 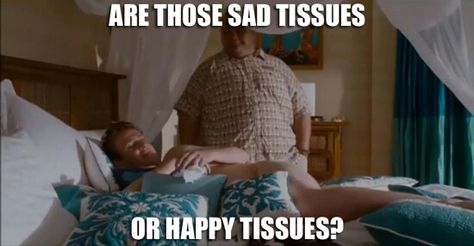 A complimentary copy of this book was provided in exchange for a fair and honest review from the author.