Previously on Fangirl Follow Along we broke down Butterfly by BTS, which I didn’t love. But that does not matter.

Because we have a comeback trailer and I have a Dunkins’ Iced Chai I just spiked with Kraken spiced rum. Drop every last thing so you can hold onto your butts ARMY, this is about to get Persona-l.

I am so proud of the ARMY.

I will admit I am not sure how much rum I added to my chai. I didn’t measure it or anything and just realized as I was pouring I can’t eyeball an ounce. Still… I don’t think I drank that much.

Which is obviously my way of saying “I did not see this coming.” 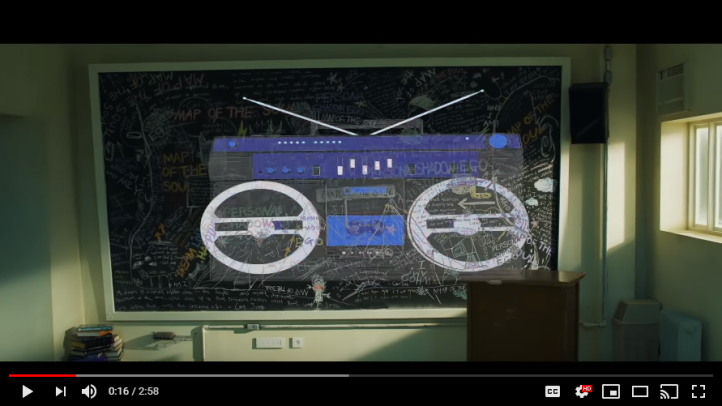 But honestly, I’m a little disappointed in myself for being shocked by anything BTS does. Short of full of Flee-ing it, there should be no shockers.

Because this guy right here?

He, and the rest of BTS, are fucking visionary. 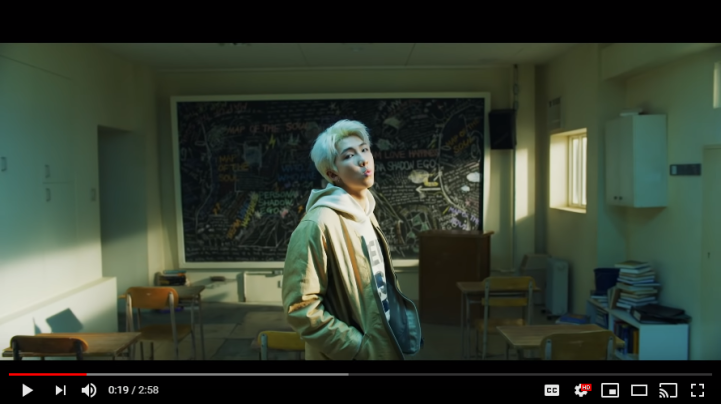 Did you just “yo” me? I mean, I’ll take it because goddamn those lips, but still… thin ice, Mister.

The ice is much less thin. I should point out that I just stopped to read the lyrics here. I am now crying. The ice is now thick as fuck. And I am not nearly drunk enough to have this many emotions or to process them…

I cannot tell if I should drink more or less.

More was a mistake. It should’ve been less. I see that now. 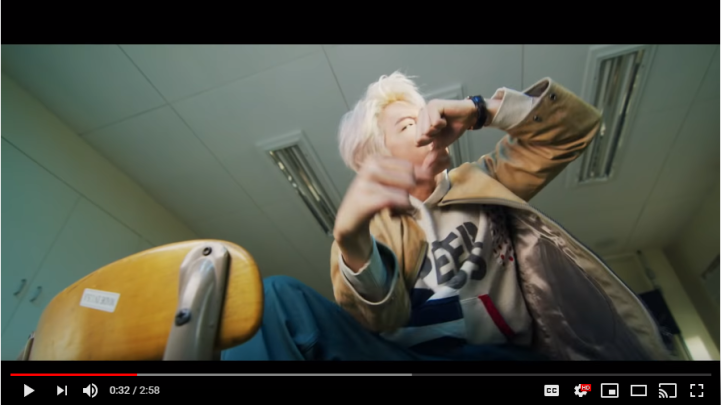 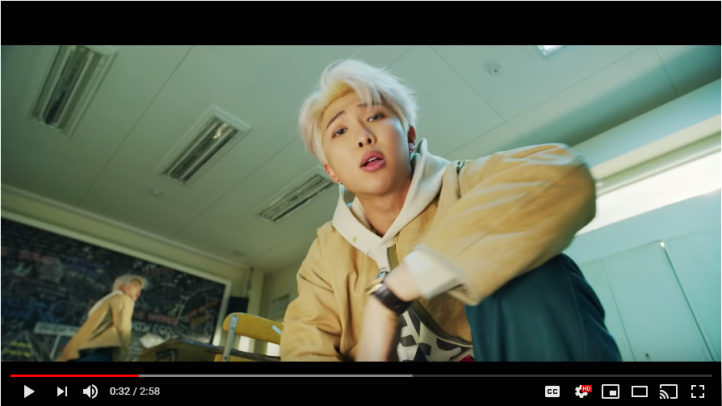 And now I’m seeing double. Great. That’s not sarcastic, a world with two RMs is a world I want to live in.

I think I’ve said this before, I don’t actually know shit about critiquing videos. Just like visual art, I like it and I enjoy it, but I don’t have any formal training in analyzing it. So typically these breakdowns are “I like this” versus “I didn’t love this” or me trying to be funny or generally exploding in fangirl all over a video.

I used to just do this to one of my friends in Google Hangouts.

And I mention this, namely because I shared a link to these with a co-worker and I’m terrified about what she’ll think… but also because sometimes I will have a comment directly about the imagery.

Before I started my dive off topic the image I posted, while blurry, is brilliant. Let me start with the setting. You can still see the chalkboard in the background tying this into the art from the beginning.

Next, we have a classroom setting. Dilapidated, of course. There are old desks and floor tiles literally peeling off the floor. All of this throws RM into stark contrast.

He’s centered while wearing crisp dark wash jeans without holes and what is akin to a school blazer. His hair, thanks to the lighting, looks soft and makes me want to touch it.

And speaking of touching, he’s reaching for the camera.

It is a glorious screencap. I love this image. 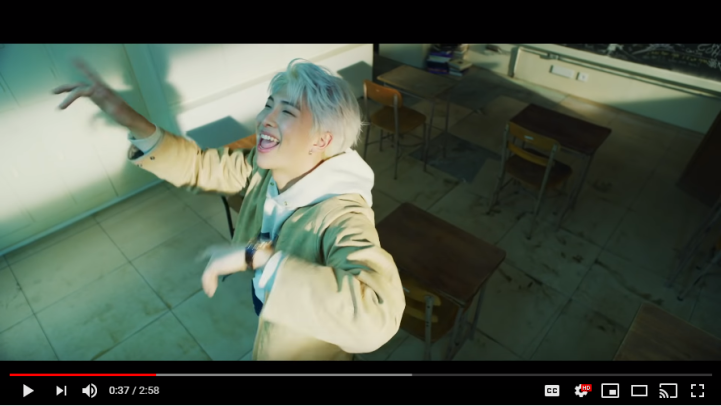 This is basically how happy it made me. 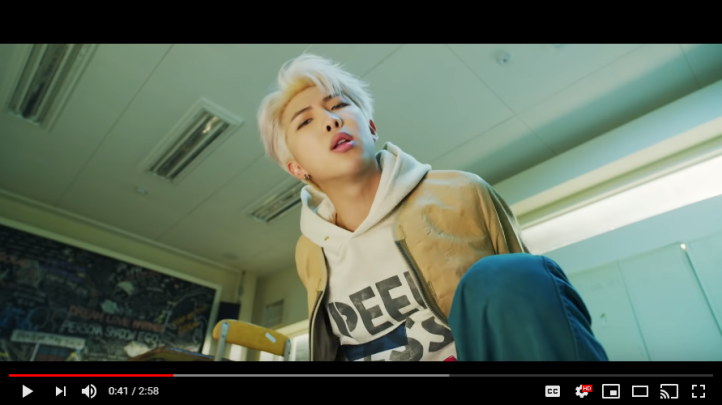 This is Oh Sehun levels vaguely condescending perfection. The lips, the hair, the camera angle accenting that jawline.

I cannot even with this.

I have never been more thankful for animated spit.

Big Hit has been big into these animated special effects and I am into it.

I was wrong. This backfired horribly. 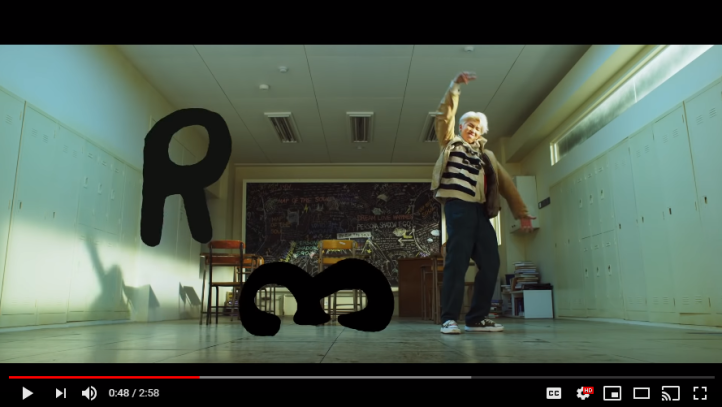 The letters hopping with RM makes me happier than anything has the right to. 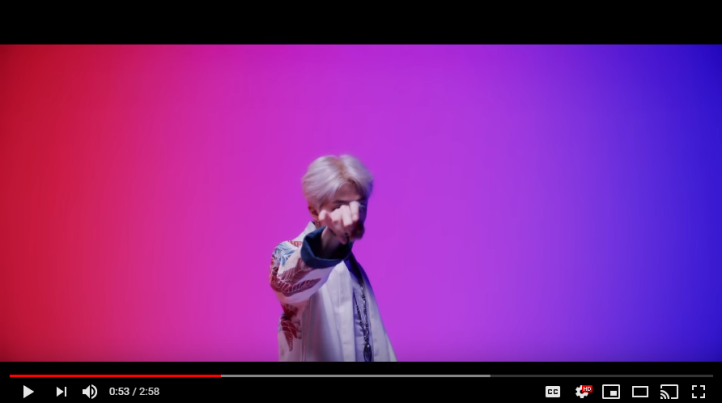 The reaching thing gets me every time. 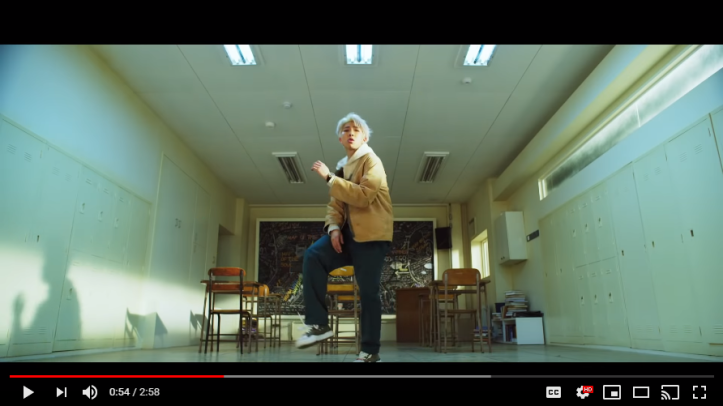 I don’t remember why I grabbed this. But who cares, RM looks good.

(I’ve started grabbing like a minute worth of shots at a time and then writing my text around it.)

He blows it up and there is animated smoke.

Is that what the front of this outfit looks like?

Yeah, okay, we need to move on. 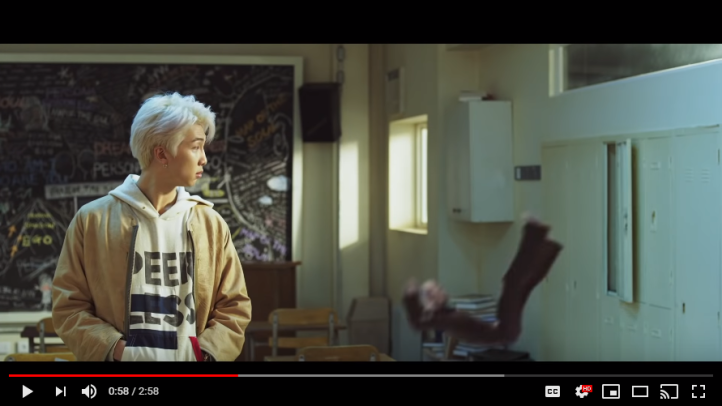 I love watching RM go hard. He’s so good at what he does and so passionate and when he goes hard he just shines to a degree that is hard to quantify.

Plus he used to look so awkward in videos when not rapping. Remember?

Either way, that’s why only screenshots I got for nearly a minute were the following two:

This makes me nervous. It got quiet. And he’s just standing in front of a curtain. 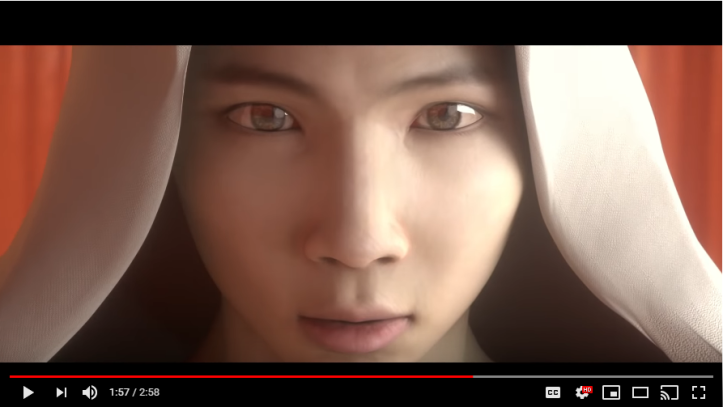 I knew this was bad.

You know what, RM? It no longer matters that you’re going hard.

Because when you’re in your ill-fitting suit you’re surrounded by robots.

Oh, what the fuck.

No, RM, you can’t even win me back to your side with that tongue thing. And as creepy as this sith guy is (even RM looks freaked out.)

The robots are starting to grow on me.

Stop stepping up your game. My nightmares don’t have time for this, 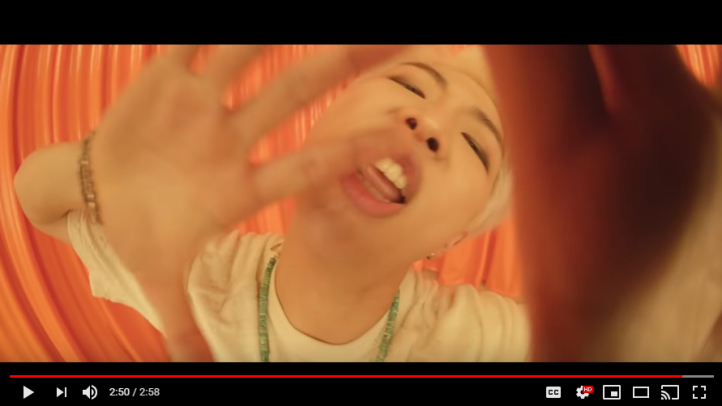 I wanted to leave you with one last “damn, RM” image, but he’s moving too quickly. So here’s an upshot of his nostrils, I guess? Instead, I’ll leave you as RM left me, by breaking down all the robots and leaving me so excited for the new album.

And also, full of nightmares.

(OH MY GOD I JUST REALIZED I MIGHT GET TO SEE THIS LIVE WHEN I SEE THEM LIVE IN MAY AND I’M GONNA DIE. I AM GOING TO DIE.)

Join me next week when we break down… yeah, I still haven’t come up with a schedule.

Like what I’m doing here, consider supporting me on Patreon or buying me a ko-fi